skip to main | skip to sidebar

Ok, I know it's been a while.  And while I do think about posting.... there is just so much going on!

It's spring, which means it is time for my junior high musical.  We are just 17 days away from....

The kids are doing a fantastic job, but it is a LOT of work!  My friend Staci, from Let's Teach Something and To the Moon and Back, has been incredible.  She's been a slight slave driver, getting any cast member who is just sitting around to work on our sets.  As soon as they are finished, I hope to be sharing pictures, because I think they are amazing!

In addition to the normal duties of the spring, I have been fighting voice problems.  As a music teacher, it is extremely frustrating!  I have been having the problem since Christmas Eve that every time I sing, I go hoarse and have a "gravel" voice.  It makes it very difficult to teach.  I've finally gotten a diagnosis (yes, after over 3 months!).  There isn't anything wrong with my vocal cords, but they think I did damage on Christmas Eve, leading to a compensation that is now stuck.  I will be starting vocal therapy at the end of this month.

However, in the process of finding this out, the ENT found something else.  I have a deviated septum (the divider in your nose) that has allowed one of my sinuses to become too large.  It is entirely possible that this is contributing to my migraines - something else that I would love to reduce.  I'll be having surgery over the summer to fix this, and hopefully help.  I would love to be headache free, or at least majorly reduced!

This is all to say - I think about updating, but other things have been WAY more demanding of my time.  I've had more sick days for doctor's appointments this year than any other year of teaching - even though I'm technically healthy.

How do you deal with things that prevent you from doing your job to the best of your ability?  What coping mechanisms do you use when crunch time approaches?
Posted by Princess Christy at 11:09 AM 4 comments:

Saturday night, Josh and I had an old-fashioned date.  He picked me up, opened doors, helped me with my coat.  It was a sweet change, although I'm not sure I could handle it all the time!

We went to Ertel's Winery in Batesville.  The place is gorgeous - here are some pictures from their website. 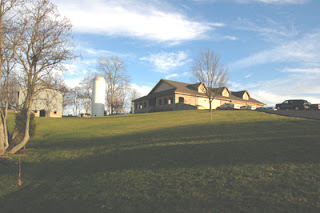 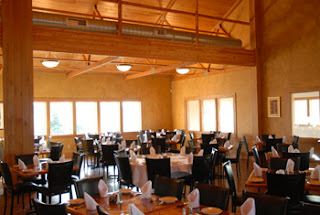 We had a nice little table for 2 right next to the windows.  Josh ordered us a bottle of their strawberry wine - yum!  I haven't had a wine from there yet that I don't love.  He ordered a shrimp dish, and I got the filet Mignon.  We shared a crab cake appetizer.   Everything was absolutely delicious, and presented so well that he kidded we should take pictures.  I almost pulled my camera out.... but didn't.

It was nice to be out just the two of us, and this was a change from what we normally do.  We ended the evening sipping a honey mead on my couch, watching "Supernatural" season 4.  We wouldn't want to get TOO fancy all at once :)

What's your favorite date night or special date night?
Posted by Princess Christy at 8:43 AM 4 comments:

It's been about a month again.  Oops.  But really.... I've been in a funk lately, and I try to stay positive in what I post to the world.... so there wasn't a whole lot to say.

A couple of days of warmer temperatures, SUNSHINE... and it has helped tremendously.  I mean really, I think I was born to live somewhere warm and sunny, because it makes me feel so much happier!

It was a busy month - we've already held auditions for our spring musical, Catholic Schools Week is wrapping up, and the slopes have stayed open.  There's not been a lot of down time, and I have projects that NEED to get done!

In the interest of trying to be more positive, some things I'm thankful for.
Time to go to the gym - I've been doing good about going multiple times the days I don't have to work at the slopes.  This will make visit number 7, and I've still got tomorrow morning to go!
Posted by Princess Christy at 3:28 PM No comments:

Most people make resolutions concerning their health.  I'm already pretty committed there - 4-5 days a week at the gym, with two a days twice a week (yeah, in the perfect week, I make it to the gym 7 times).  I eat pretty healthy, although I could cut out ice cream entirely (not good for my mental health).  So as far as that goes, I just need to keep going like I have.  And I think Josh will help me keep up with it.  My only new goal is to be able to run a 5K.

My resolution sounds awful - I resolve to be more selfish.  Didn't my momma teach me better? But let me explain.  Most of the time, Josh and I are doing things with other couples or friends on the weekends.  We used to have date night (just us, nice night out) but it has fallen away.  After a fantastic day where I had been selfish and said no one else was invited, I realized that it was important to me.  So I've resolved to be say no to other people coming along more often - at least once a month.

What did you resolve to do?  Did you take the opportunity that a new year presents?  Did you go with a "traditional" resolution?
Posted by Princess Christy at 9:42 AM 2 comments: